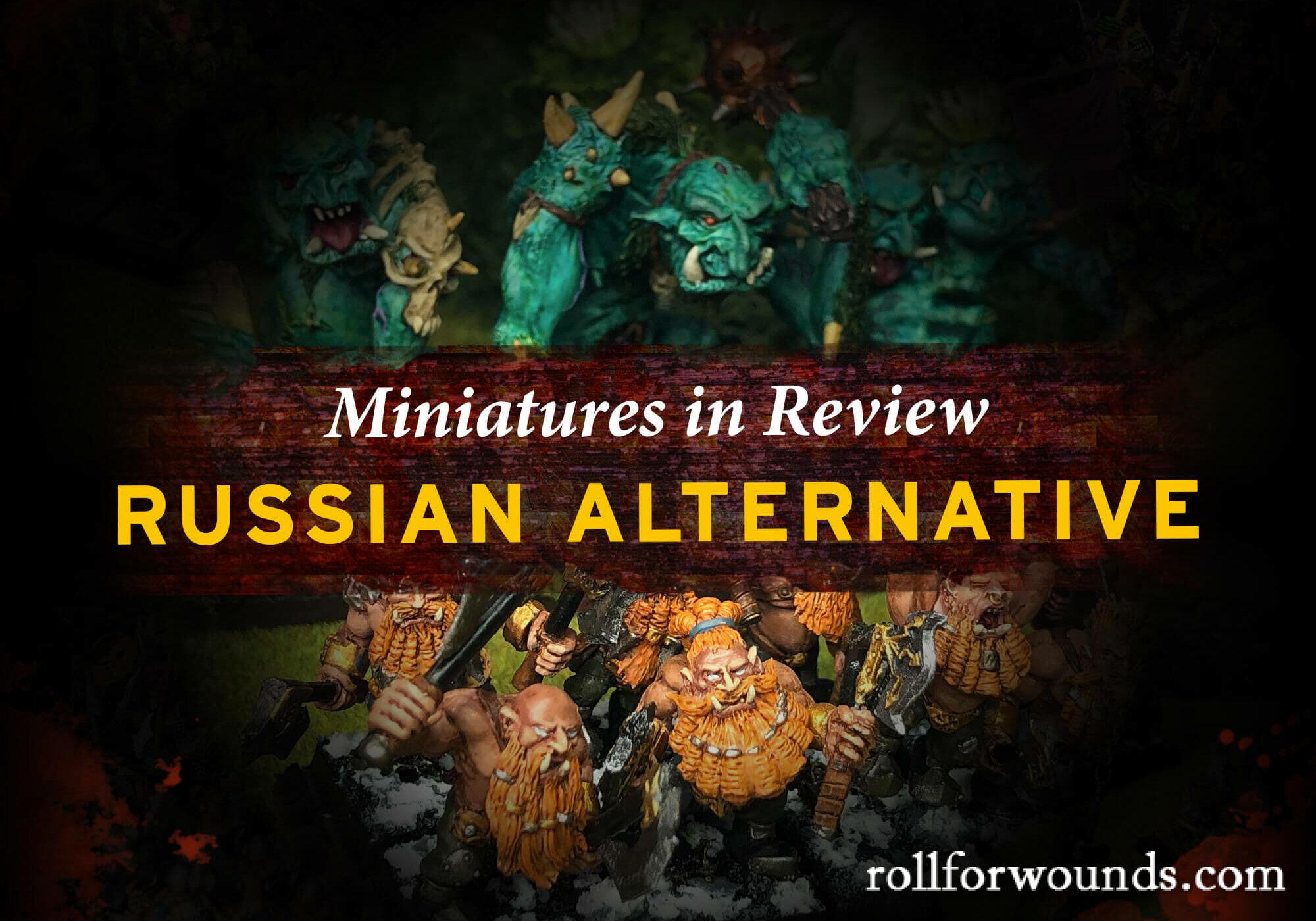 Make some noise for the masters manufacturers of Chaos Dwarves – The Russian Alternative! I’ve had the pleasure of several orders from this company and the quality is always second to none. In this review, we’ll look at two very different units from their range:

I got these to bolster my skull pass starter box. The Trolls of Chaos would enter my goblin forces while the Berserkers would proxy as Dwarf Slayers.

Russian Alternative Miniatures: At a glance

Not that I’m terribly fussed about packaging, but team Russian Alternative make sure your kit arrives in good nick. Packed in foam and tucked in a tidy box, the figures arrived unharmed.

Delivery (Russia to UK) took a while, but that’s to be expected during a global pandemic. No miniature collector is left wanting for things to paint, so I don’t see this as an issue. If anything, the wait was rather exciting!

Resin, is it? I think so. The material is tough, sharp and glues together nicely. I washed the sprues before assembly because I’m paranoid about slippery mold release agents, but I’m not sure if that was necessary.

The quality of the miniatures is plain gorgeous. The designs are distinct, characterful and without needless baubles. Together, the models look uniform but viewed on their own you’ll spot unique details on each figure. The trolls are riddled with wounds, gaping bellies, skeleton finery and a human captive, while each dwarf has unique head, weapon and torso decorations.

As I understand it, the Russian Alternative mix hand-sculpted and CAD models. I believe both the trolls and Berserkers were sculpted, as evidenced by the rougher textures. In some ways I prefer this style; these imperfections fit the unkempt and grimy characters portrayed.

Russian Alternative minis are multi-part and often modular, with occasional leftovers like heads/weapons/shoulder pads for your bits box.

Assembling them was no problem. As with most miniatures, there were a few mold lines that were easily carved off with a knife. A little “green stuff” helped paper over the seams as per usual.

For the Berserkers of Fire Canyon, I (wisely) chose to keep the heads off and paint them separately. This avoided a tantrum at having to paint tiny gaps in between those big bushy beards.

Not really. While the hero and command units come with (square) bases, the troops and trolls don’t so you’ll have to source your own. Russian Alternative do not cater for a specific game type, so it’s not like we’re entitled to plastic bases.

How do they scale to Games Workshop?

Russian Alternative are on the ‘heroic’ side of 28mm miniatures. The dwarves are slightly larger than their 7th edition counterparts, and the trolls much moreso. I understand that due to scale creep modern Games Workshop miniatures are probably in that ballpark anyway. Works fine for me.

I’m very, very happy with the Russian Alternative. They create characterful, quality miniatures at an affordable price. I look forward to amassing many more ‘Dwarves of Fire Canyon’ for my next army. Next time you’re after a Dwarf – Chaos or otherwise – give them a shot.

He just wants a hug! I think… #warhammerfantasy

Squaring the circle (while making a killer unit fi

This little scamp was inspired by @wargamesorchard

The little hoglets ride for their prize #boarboy

6mm goodness, army pieces that bring the board gam