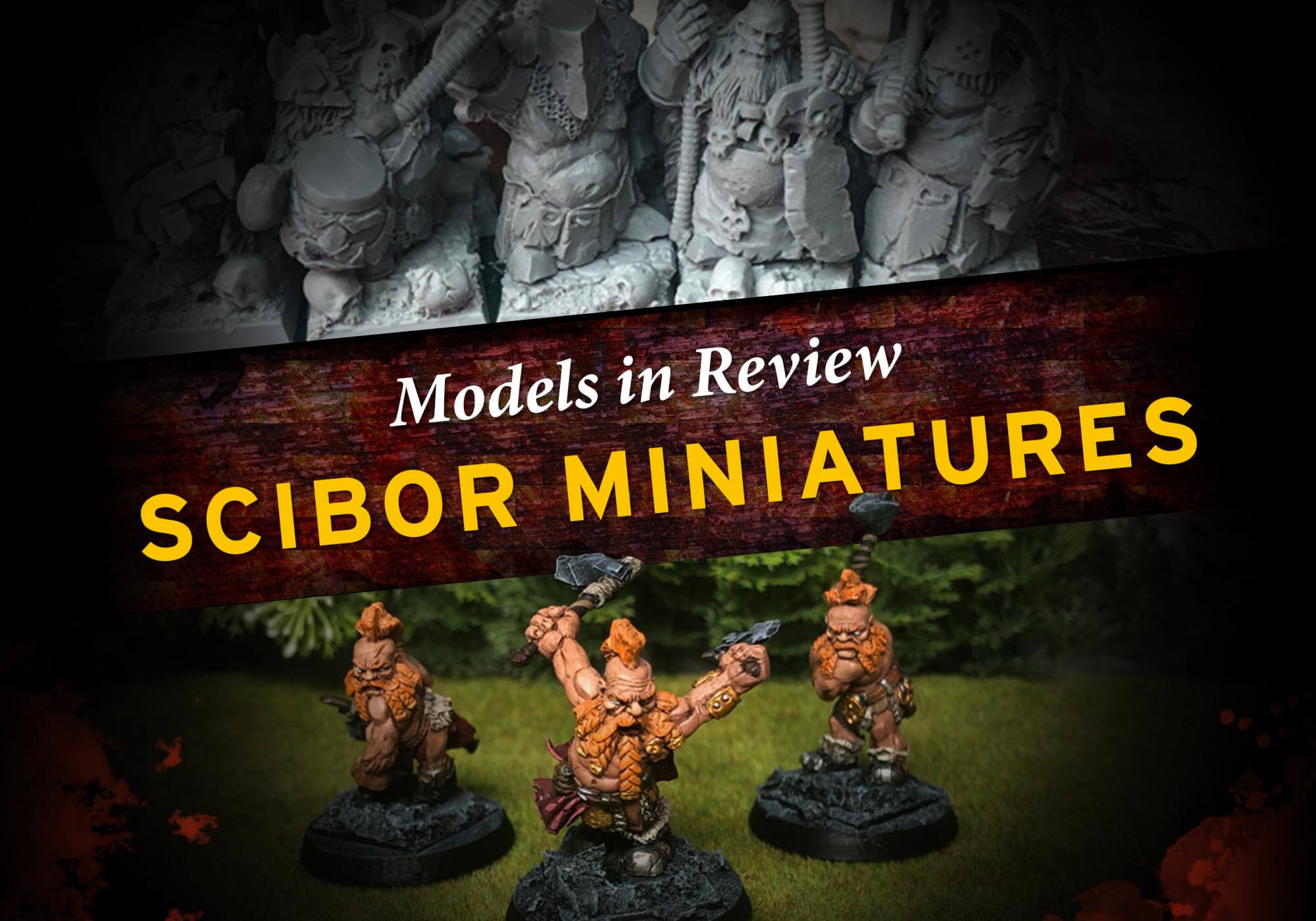 Call forth the grim and gritty! As far as I can tell, Scibor Miniatures is the work of one talented individual. Based in Poland, Mr Scibor is on a tireless mission to sculpt, cast and sell incredible 28mm models.

In the sci-fi department, Scibor makes a variety of detailed and characterful sculpts that draw from human history: chainsword-wielding Egyptian Marines, sci-fi Spartans and heavily armed dwarf squads! Leagues of Votann players will be especially glad to snap these up.

Scibor miniatures in your hand

I’ve used a variety of Scibor miniatures, primarily for my dwarf, chaos dwarf and squat armies. Varied as they are, they all share the following qualities:

Sculpted with greenstuff and cast in resin, Scibor models are extremely detailed and share a distinct, gritty aesthetic that’s lacking in smooth CAD designs. Faces look rough and weathered, armour is bent and battered. You can practically see the sculptor’s thumbprints in some cases.

Their bases are cool

All models come with detailed scenic bases: wartorn rubble mingled with exotic plants and broken statues. While I personally don’t use these (I need a hollow bottom for magnets) the extra mile is appreciated.

They’re big (the dwarfs at least)

My scibor dwarfs are on the larger end of the 28mm scale. Don’t get me wrong, they’re unmistakably Dwarven, but it’s worth bearing in mind if you mix and match different manufacturers. I use mine as one-off heroes that stand above their games workshop counterparts. Standing shoulder to shoulder on 20mm bases, you have to be careful about ranking them up.

Scibor’s range is staggering. They have countless heroes, infantry, cavalry, monstrous cavalry and everything in between. This means hero models that truly stand out, and elite units nobody else will have.

Don’t be put off by the RRP listed on sciborminiatures.com. The website has a constant rotating sale that targets different miniatures each week. If you’re got your eye on something, bookmark their page and keep an eye on Instagram for your 25-35% discount.

Seriously. Before you wash the resin give those minis a sniff. Whatever mold release Scibor uses, it smells heavenly. Anyway…

Who paints his models?

The painted models shown on the Scibor website are gorgeous. I am frightened at the prospect that he does it himself; that’s too much talent for an individual to possess. If so, hats off to you Mr Scibor.

Scibor monstrous miniatures are a fantastic range of realistic, grittier models for your fantasy or sci fi wargame. Whether you’re a Chaos Dwarf collector, Ogre enthusiast or looking for interesting Space Marine proxies, Scibor Miniatures stand shoulder to shoulder with the top manufacturers. Next time you want new models, consider an independent manufacturer such as this.