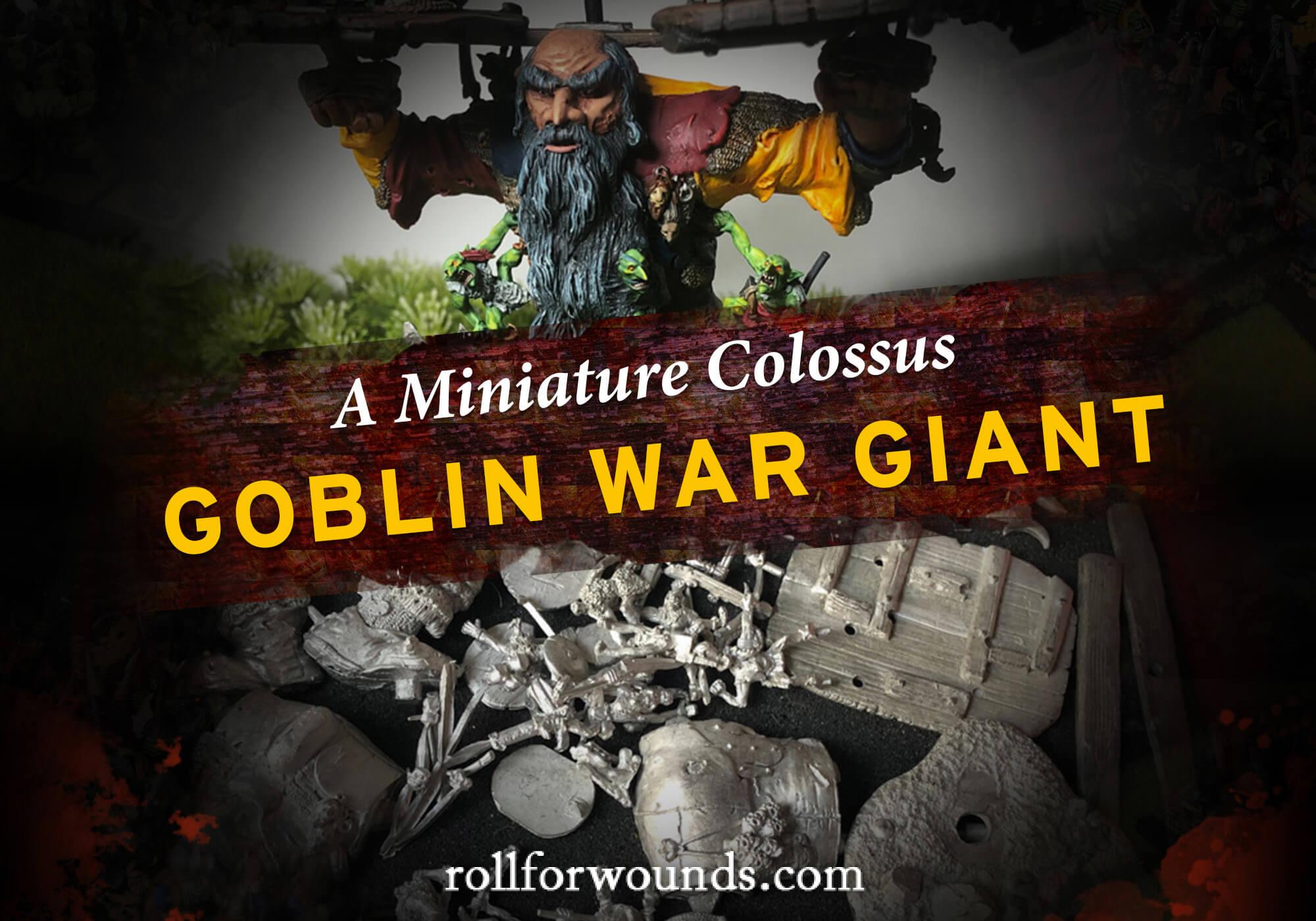 While browsing obscure miniatures, I fell head over heels with Grenadier’s “Goblin War Giant”. Originally released in the 1980s, the model spent many years in collectors’ obscurity, selling for hundreds on eBay and trade groups.

The giant has since been relicensed and recast by Mirliton, and is available for a more reasonable sum — substantially cheaper, I should add, than today’s mass manufactured plastic “Mega Gargants”.

Encouraged by the Miniatures Corner’s writeup, I ordered my giant in May. Knowing he would consume several weeks of hobby time, I set the model aside for the darker seasons ahead. As Autumn beckoned, so too did the treetrunk legs and shaggy beard of my oversized friend…

This “miniature” is huge – bigger than I dared hope. Weighing well over 1kg and made of 20+ parts, the model is hobby heaven and hell combined: gluing, pinning, greenstuff, basing, mounting. Through thick and thin, I certainly didn’t get bored bringing this brute to life!

The details on the giant were great, but the goblins that clung to him looked a little flat. I replaced their heads with those from an Arachnarok howdah, kindly supplied by one of my gaming opponents. I  threw in a few extras, including a poor goblin that got tangled up in the giant’s beard.

The metal bolt throwers supplied looked a little puny. I replaced these with D&D ballistas, then magnetised their bottoms so I can use them elsewhere.

The giant wields enormous platforms for his goblins to perch on. These too were magnetised. I’m glad I did so, otherwise I probably would have broken him somewhere in the process. It made reaching those wretched goblins a little easier!

I fitted extra branches to the platform, then sprinkled a few 15mm goblins as  “snotlings”. I want this guy to be a greenskin magnet, attracting wretches of every shape and size from across the Badlands.

The sheer weight of the giant meant I couldn’t just pick it up and poke at the armpits. It was both heavy and fragile, awkward to hold and liable to poke or be broken by my clumsy hands.

I settled on mounting him to a block of wood, then kneeling down to get at his underparts. I’m sure that made a sorry sight for anyone who happened to peer through my office window.

The downside to sub assemblies was I spent a disproportionate amount of time highlighting areas that would never be seen!

And that’s that! 1.5kg of white metal, 21 greenskins and many weeks of studious hobby. His name is Gunthor, and he’ll be serve as a “boss battle” for unsuspecting Warhammer Fantasy opponents – stay tuned for a custom ruleset. For now, he will sit proudly at my desk like a medieval Oscar trophy. I promise not to drop him.